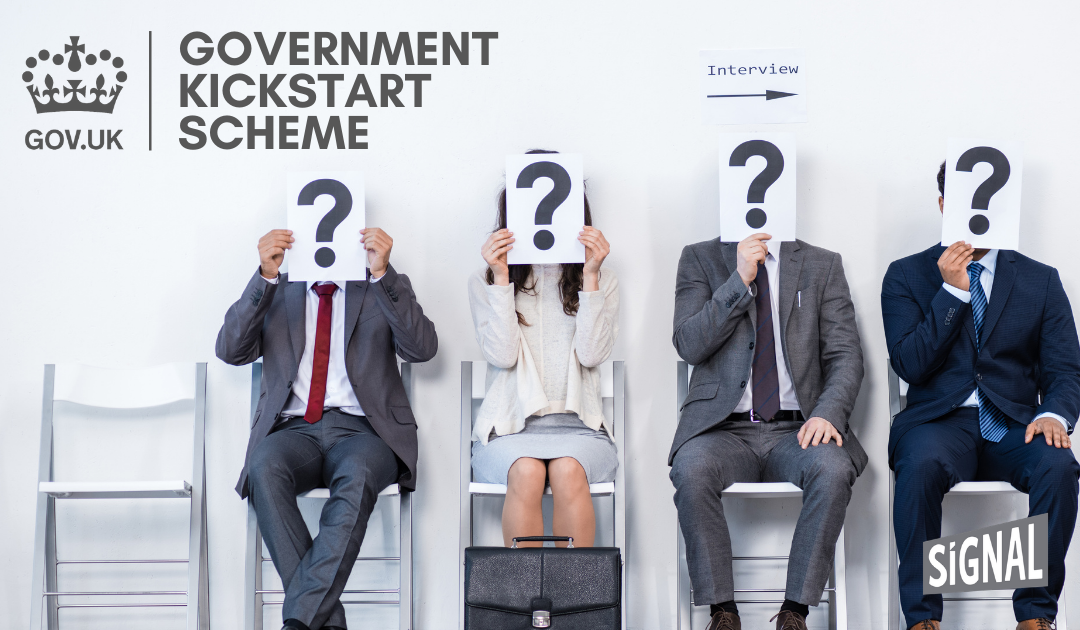 What is the Kickstart Scheme?

The Kickstart Scheme is a government initiative that provides funding for businesses to encourage them to create new jobs that will employ young people aged 16-24 who are at risk of being unemployed long-term. Those on the scheme are on the Universal Credit unemployment benefit, until they secure part-time or full-time employment. The funding for the scheme covers 100% of the individual’s national minimum wage, covering a working week of 25 hours for six months. Employers are also given further funding if they provide training and support for the young people they have taken on.

Who does the Kickstart Scheme aim to help?

In order to support young people, employers on the Scheme mostly offer apprenticeships that the jobcentre then puts individuals forward for. Participants on the Kickstart Scheme are not just university graduates; most are young people who are on a low income or who have been unemployed for a period of one year or more. As previously mentioned, the scheme is also helping older people who became unemployed during the pandemic.

What happens when participants leave their positions?

Should an employer wish to terminate the Kickstart Employer Agreement, the government requires a notice period to allow participants to finish their training or find alternative employment. Participants should not be left unemployed if their position is terminated and should end up back on Universal Credit in order to help them find a new role of employment. If a participant decides to leave the scheme before the end of the six months induction, the employer must email the Department for Work and Pensions as soon as possible; employers will still receive funding for the participant until the end of the month that they leave. If a participant leaves after the six months induction period, then they must find another job role; they must do this using the training and employability support they received on the scheme.

What are the successes and criticisms of the Kickstart Scheme?

Successes of the Kickstart Scheme for employers include funding employers £3000 per apprentice they take on and further funding them to train and support people in their new job roles. Businesses have said they have become more innovative by employing young people, and have started to reach new customers and develop new revenue streams. Employers are also securing the future of their businesses if they employ young people because they now have a workforce they can take into the future and will grow with the business.

The Work and Pensions Secretary, Thérèse Coffey, insists that the Scheme was a success, as it “supported the jobs market in a time of unprecedented disruption”. The Confederation of British Industry has also praised the scheme for putting young people in touch with businesses, stating that “when a young person has four or more encounters with an employer, they are five times less likely to be unemployed in their adult life”.

Most employers, like those at The Future Melting Pot, take on young people through the Kickstart Scheme to provide them with industry experience and give them a better chance of finding future job roles. All employers should offer participants employed through the Kickstart Scheme employment aftercare. This includes conducting an analysis on the positive impact that the Kickstart scheme has had on employees; having one-to-one sessions on skills progression or opportunities that are available; providing employees support in finding a new employer after the six months if they wish to move on and finally, carry out a next-steps discussion with employees if the employee stays on after the six months. The Future Melting Pot has been very successful in supporting its employees that have come through the Kickstart Scheme, as all participants are now in full-time employment or self-employed elsewhere.

Criticisms of the scheme include the fact that the Kickstart Scheme did not meet the government’s employment targets. Labour MPs accused the scheme of being complacent when it came to creating new job roles, with the Shadow Work and Pensions Secretary, Jonathan Reynolds, saying that families in the UK face “a very difficult winter, due to the government’s chaos and complacency”. Mr Reynolds also said that “the Kickstart Scheme was far too slow to start [off with, and] too complicated for businesses to navigate”. Young people on the scheme found that most employers never got back to them regarding taking them on for a position, leaving them uncertain about where they stood. The most damaging criticism the Scheme has faced is that there were no vacancies made in crucial sectors; these included transport and storage, which were key to supplying the country, with food and other essentials, during the early days of the pandemic.