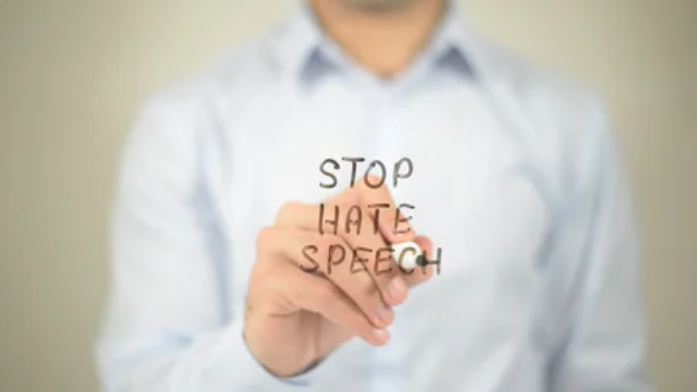 What is International Day for Countering Hate Speech?

International Day for Countering Hate Speech, celebrated on the 18th June, is an initiative day which aims to educate people on hate speech and discrimination and recognise how it affects society. According to the United Nations, “hate speech incites violence and undermines social cohesion and tolerance.” Hatred and its effects on society are nothing new. However, we now live in a digital age, so the means of spreading hate have changed, making it more widespread. The United Nations states that “its scale and impact are nowadays amplified by new technologies of communication, to the point that hate speech – including online – has become one of the most frequent methods for spreading divisive rhetoric and ideologies on a global scale, and threatening peace.”

Examples of how online platforms have become one of the most common ways in which to spread divisive rhetoric are by looking at the two most recent US Presidential elections. Firstly, in 2016, both candidates used social media platforms to aid their campaigns. However, these elections were very controversial for a couple of reasons. First of all, there were rumours of interference by Russia on some online platforms, and then there was the possible invasion of privacy when Hillary Clinton’s emails were leaked. Both of these incidents amounted to a lot of media coverage and the spread of hate and divisive opinions regarding the election and the candidates.

Secondly, in 2020, after losing the presidential election, Donald Trump used his social media platform to misinform his followers that the election had been “rigged”. This caused a vast number of his supporters to storm the Capitol building, partly due to Donald Trump’s encouragement. The incident left many people injured and led to many of his supporters being arrested. As a result of Donald Trump’s actions online, there was a substantial increase in the number of hate comments on certain online sites; the supporters who stormed the Capitol building were seen to be carrying offensive flags, as well as being heard using offensive and discriminatory language.

As an organisation, the United Nations has done incredible work to help educate the world on various issues, including all forms of hate and discrimination. The United Nations state that it “has a long history of mobilising the world against hatred of all kinds to defend human rights and advance the rule of law.” Hate speech affects everyone because it breaches certain human rights, causes crime to increase, prevents peace, and widens the gap in gender inequality.

The United Nations has announced that “because fighting hate, discrimination, racism, and inequality is at the core of [the] United Nations principles and work, the Organisation is working to confront hate speech at every turn.” On 18th June 2019, the International Day for Countering Hate Speech was set up “in response to the alarming trends of growing xenophobia, racism and intolerance, violent misogyny, anti-Semitism, and anti-Muslim hatred around the world”. It was the first “system-wide initiative designed to tackle hate speech”.

The “United Nations Strategy and Plan of Action on Hate Speech” provides essential frameworks for organisations to follow and to support the efforts of all member states when it comes to tackling hate speech. The United Nations state that “the strategy emphasises the need to counter hate holistically and with full respect for freedom of opinion and expression”. The organisation intends to do this by working closely with: relevant stakeholders, civil society organisations, media outlets, tech companies, and social media platforms.